Help us with our cause

The vision of the Intaba Kavuba Development Foundation is to be a catalyst for the development of our African communities in Uitenhage and other arears.

IN SUMMARY, THE FOUNDATION AIMS TO:

Serve as one of the development hubs in Uitenhage Townships Communities.

Contribute to the training of especially the youth to become change agents, consistent with the interests of the communities in the Townships and humanity as a whole.

Establish itself as one of the premier African Foundations for dialogue, research and publications focused on promoting financial independence and intellectual skills in the community.

The Foundation was established on 27 January 2018 as non-profit organisation by its Patron and President, Advocate Jack and capable women and men.

The central mission of the Foundation is to enable us to contribute whatever we can to the vitally important objective of promoting the development of Uitenhage African communities.

This was given rise by the Patron’s determination for Uitenhage to develop direct association with the rest of Uitenhage communities and South Africa’s nation at large.

It is prudent for the foundation to be at one with them and respond practically in the independence and development challenges of the communities around us.

At the core of our challenge is the leadership deficit in our immediate areas, poor policy government implementation, and the continued interpretation of the African story by others other than Africans themselves.

The rebirth of the African child and communities which we foresee and for which millions throughout Africa should work towards must mean that indeed we succeed to eradicate poverty and underdevelopment and instill self-esteem in our communities, build relations of friendship and peaceful cooperation among the surround communities, reaffirm the dignity of all Africans, including those in the Diaspora, achieve progress on the important challenge of gender equality and the upliftment of women, and ensure that the African child takes her/his rightful place among the peoples of the world as an equal player in the universal effort to determine the future of ourselves. 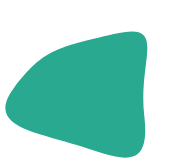 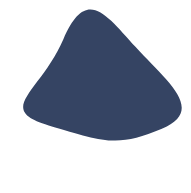 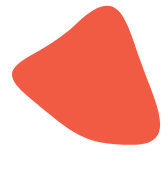 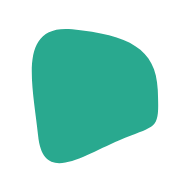 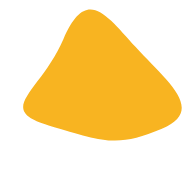 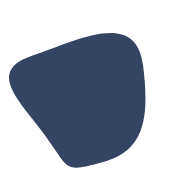 THE FOUNDATION IS NAMED AFTER THIS GREAT WARRIOR OF THE TIME KNOWN AS VUBA.

It is alleged that Vuba was only the herbalist and it ended there.

It is an extreme lie that our ancestor Vuba was a herberlist and it ends there), that was spread by our conquerors to hide and distort history about this great warrior in the history of South Africa.

Vuba was one of the great Xhosa warriors who fiercely led the resistance of the uprooting of amaXhosa from unxweme lomlambo iGqeberha (Algoa Bay) by the British Settlers back to unxweme Inqweba, (Sunday’s River Mouth) , today’s Colchester. He was pushed back to his base eNgqalo (Groendal Nature reserve) phezu komlambo iQhagqiwa through umlambo Inqweba to his main frontier Tsitsikama by the British Settlers.

His Tsitsikama frontier was then attacked by the advancing Dutch Voortrekkers who were assisted by the Khoi and Sans, who originated from Botswana and came down south as hunters through the great Kgalakgadi, Upington, Joubertina, Patensie to Hankey direction up to the outskirts of the e Mduluswa e phezulu (Cockscomb mountain range) as well as the amaMfengu, a tribe that was chased south by uTshaka kaZulu and was given refuge by Vuba around the fertile Tsitsikama.

Like most African warriors during war, he used herbs to prepare his regiment for battle hence the propaganda that he was just a fearless sangoma.

Vuba finally succumbed and was killed by the Dutch Voortrekkers thugs on the Cockscomb mountain, kwelentonga yeMduluswa ephezulu, hence the old generation in Uitenhage and eNqweba always referred to Cockscomb mountains as Iintaba zikaVuba.

The Dutch Voortrekkers gave the fertile Tsitsikama to the amaMfengu tribe as a token of appreciation for assisting in the obliteration of amaXhosa resistance and they took the banks of the Gamtoos river as well as the extremely fertile Gamtoos valley to themselves. Whilst Patensie, Hankey, Kareedouw and Joubertina region, an area that was rich in wild animals was given to the Khoi and the Sans who excelled in hunting down the Xhosa resistance army.
The British Settlers took the Sunday’s River valley up to eGqeberha river mouth (Algoa Bay).

So naming Uitenhage as Qhagqiwa is negating the rich history and the role played by Vuba, the great warrior of Ngqika, kaMlawu, kaRharhabe, the warrior who was installed by Ngqika as a Chief and his right hand man around Inqweba, Amanzi, Ngqalo, Mduluswa and Tsitsikama to resist the marauding forces of the Dutch Voortrekkers and the British Settlers.

Help us with our cause

We are Members of the Nelson Mandela Bay Business Chamber. We are in partnership with East Cape Midlands College, Uitenhage, Eastern Cape and Build It, KwaNobuhle Township branch.

IDF DISCLAIMER: The e-mail and attachments are confidential and intended only for selected recipients. Please do not print, copy or disclose its contents to any other person. Should you receive it, immediately notify the sender of the error and delete the e-mail. This disclaimer is enforceable and binding on the recipient in terms of section 11 of the Electronic Communications and Transactions Act25 of 2002. No employee may conclude contracts via email on behalf of the Intaba Ka Vuba Development Foundation (IDF) unless authorised by the PRESIDENT. Therefore, the IDF will not be bound to any offer or acceptance made by Employees and or volunteers via email. The IDF does not accept responsibility for communications that have been corrupted, intercepted or lost in transmission. While IDF takes precautions to prevent virus transmission, it cannot be held liable for damage caused by viruses. You are advised to install and update your own anti-virus software.